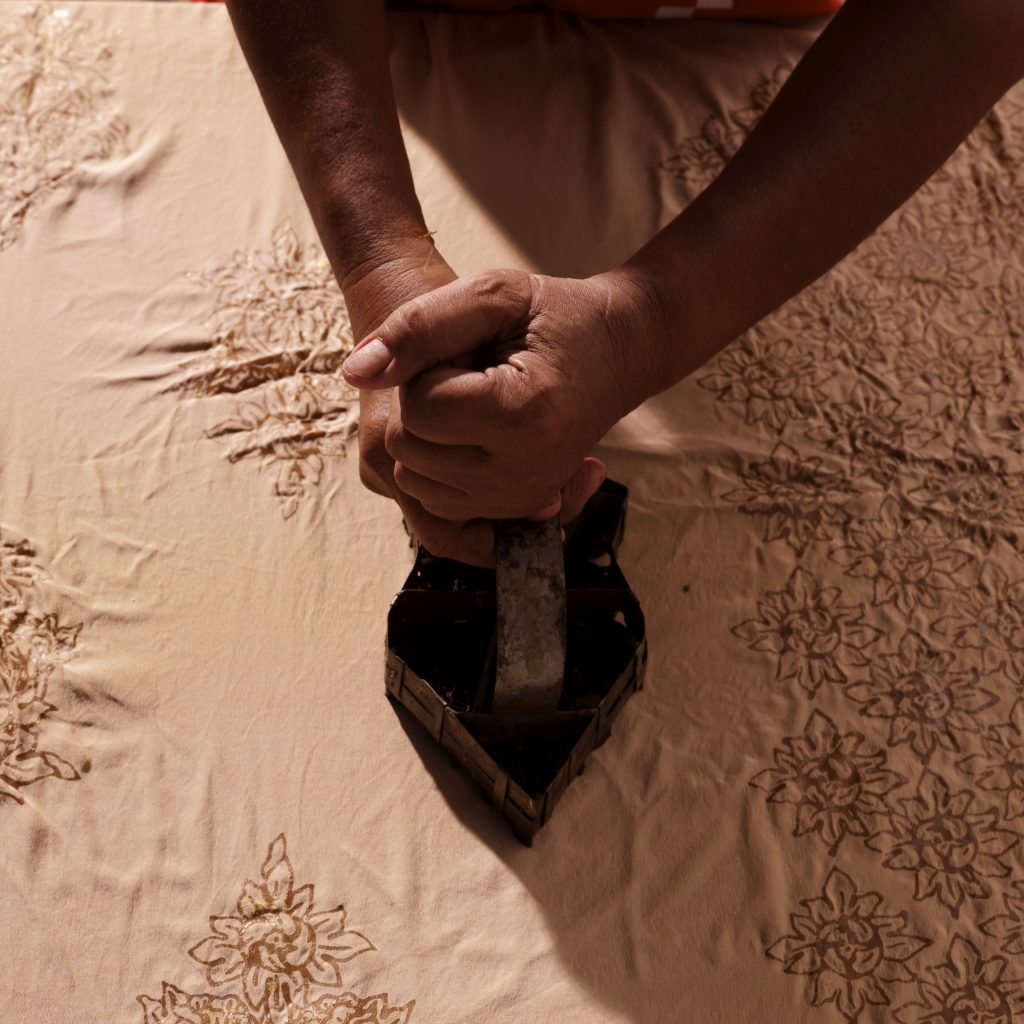 Gahara was established in 2007 by architect-turned-artist Nik Faiz Nik Amin, a third-generation batik artisan from a family of batik makers based in Penambang, Kelantan. Nik Faiz’s grandfather was a batik maker specialising in block printing-style batiks as opposed to the more popular hand-drawn batik design known as chanting throughout the Peninsular. Kelantan, located on the east coast of Malaysia, is one of the main districts of batik making in South East Asia originating three centuries. However batik art has been known for some 2000 years back.

With batik artistry in his blood he spent his childhood watching and working with the artisans in the local Kelantan community. The result was Nik Faiz creating Gahara based on three principles: to continue to preserve the tradition of making batik; to make known the artisans behind batik production in Kelantan through his own designs called RuzzGahara and GaharaLabel; to make known Gahara designs and its artisanal elegance across the world.

Gahara started off as a cottage industry family business. Nik Faiz started the business of Gahara by being a trader. While his grandfather would produce block-printed batiks, Nik would also collect batiks from other producers in the area of Penambang and sell them. With a degree in architecture, Nik Faiz opted to forgo a career as an architect and to focus instead in channelling his artistic and architectural skills in creating unique designs for batik and to prolong the family legacy.

As support and success grew, a few years into Gahara Nik Faiz found his North Star – to revolutionise the way locals and foreigners perceive Malaysian batiks. Within a decade, Gahara became known as a premium batik brand that specialises in textile featuring sophisticated block print designs with forms and functions inspired by architecture with a list of clientele ranging from art collectors, ministers to royal families. 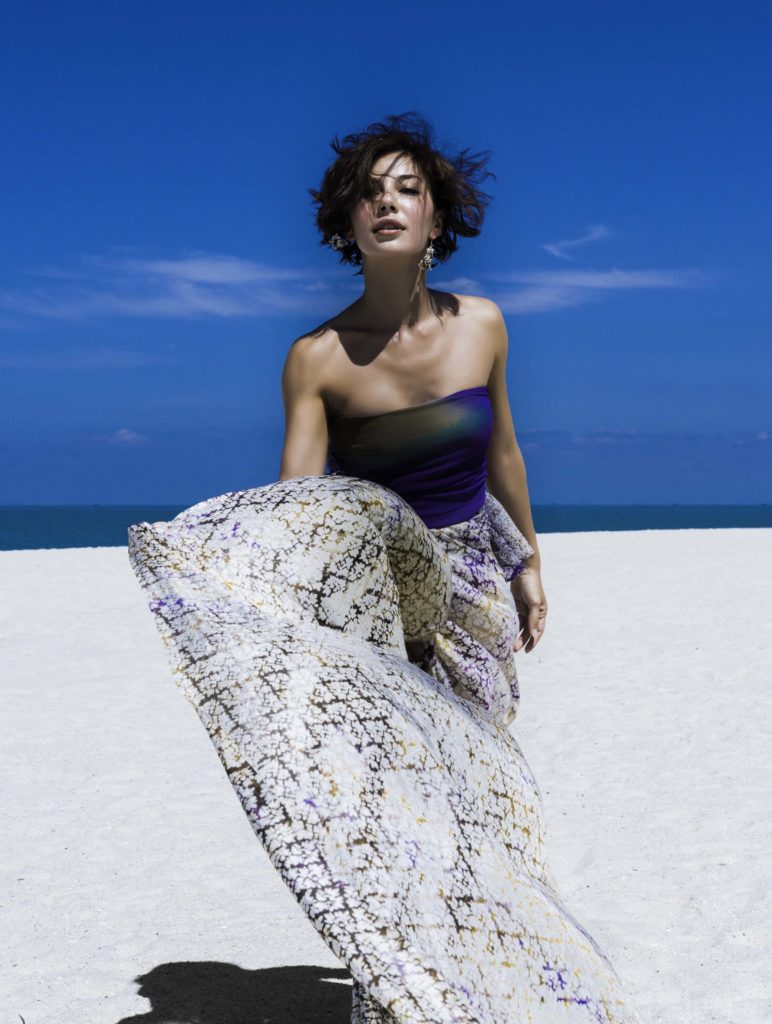 “Batik is not just a piece of printed fabric, it’s a composition of art and a medium of folklore…” 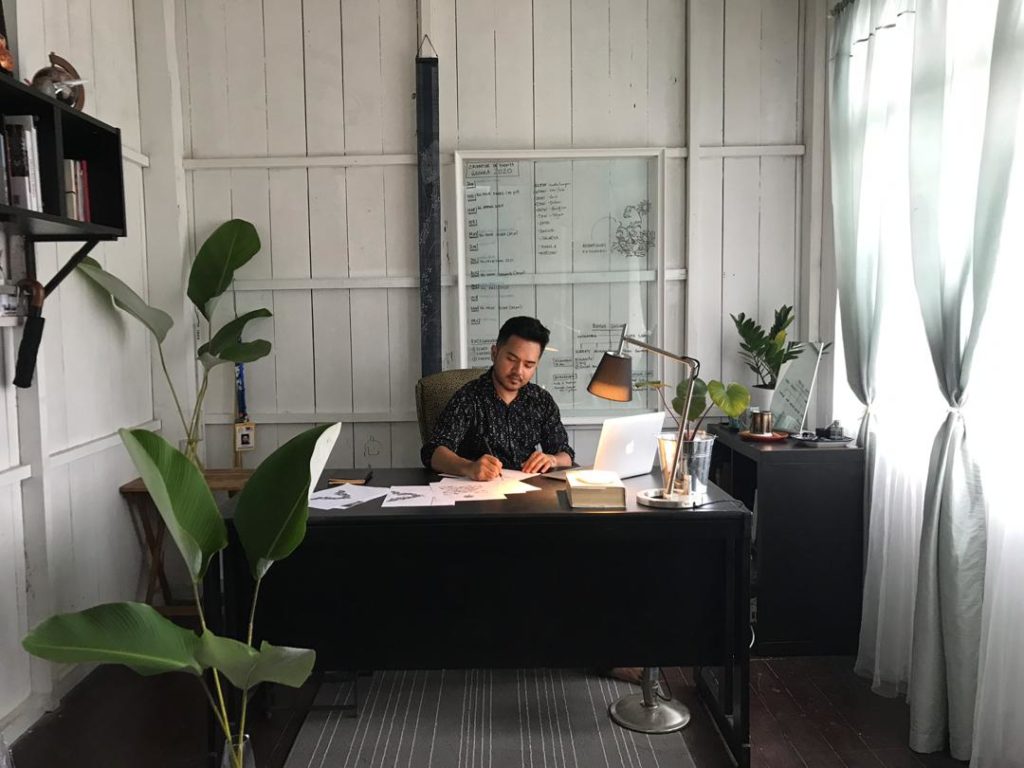 “Ruzzgahara pattern has always been inspired by the ancient wood carving motifs of the Langkasuka, a glorious kingdom that lasted for 14 centuries. With a strong urge to contemporarize batik of Malaysia into urban attire, the team is dedicated for over 12 years to keep introducing interesting composition into our creation to suit modern lifestyles. From the graceful ketam guri, to the supple bayam peraksi, to the lithe fern woodcarving motifs, RuzzGahara resembles all these into our core emblem and harmonized with our distinguished dyeing method.

On this new chapter of Ruzzgahara 2020, I am excited to announce that we dedicate this collection on the classical representation of the mystical dance of Traditional Malay – Makyong. Through the physical costumes to spiritual movement and epic storyline, every single aspect gives inspiration for us to emphasize on the alluring movement, combined with intellectual strength and aesthetic harmony of the graceful composition.

Batik is not just a piece of printed fabric, it’s a composition of art and a medium of folklore telling by Gahara creative team. We narrate our ideology through wax and fluidity of silk. We bring spiritual means in each of our masterpieces and recalling an unstoppable creative force of ancient art.” – Nik Faiz Nik Amin, Founder and Creative Director of Gahara