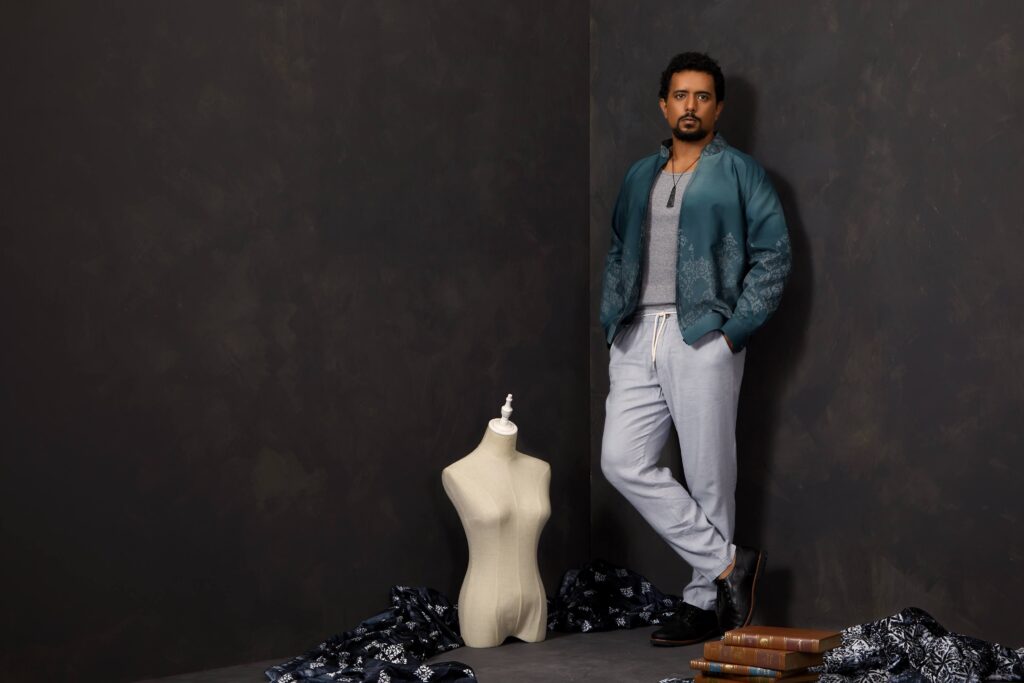 Ruzzgahara launched its latest collection titled Gahara Men. A project that was planned in 2019 to be launched in June 2020 for Father’s Day, it was delayed due to the pandemic outbreak and Movement Control Order that began on March 18, 2020. Despite the unprecedented event and series of restrictions, the team at Gahara was determined to debut Gahara Men by Merdeka Day. This deadline was symbolic to the team as August 31 commemorated not just the nation’s independence, but for Gahara it was a checkpoint where we had survived COVID19 and all its global implications. It was a mark of new creative freedom and a reminder that come hell or high water, the work that we do for the local batik industry will continue to flourish. After all, Penambang has survived for over two centuries. 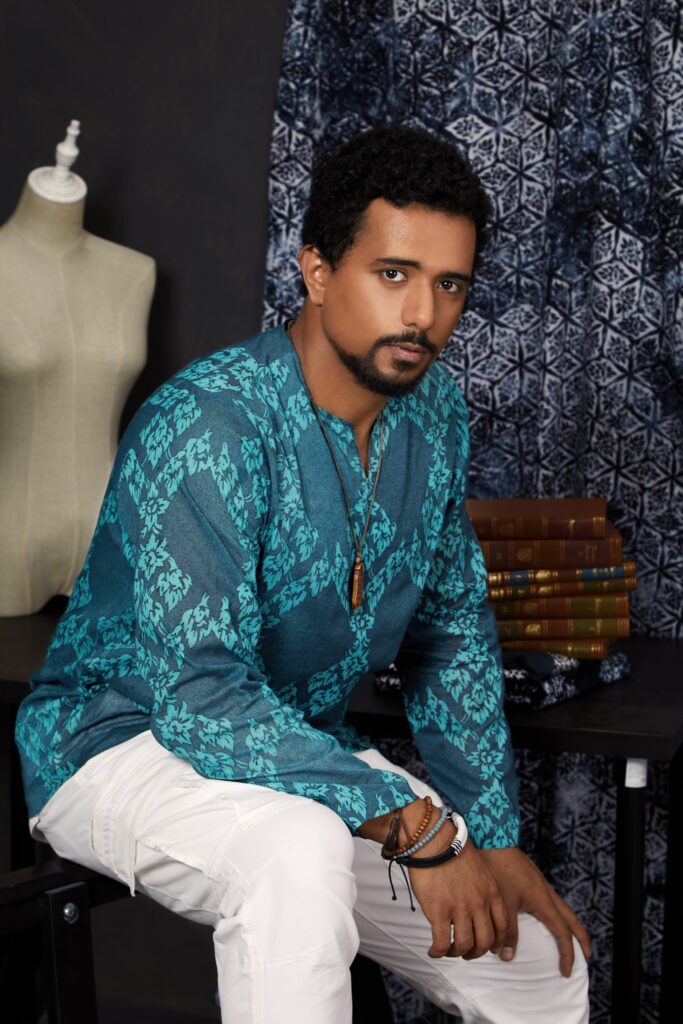 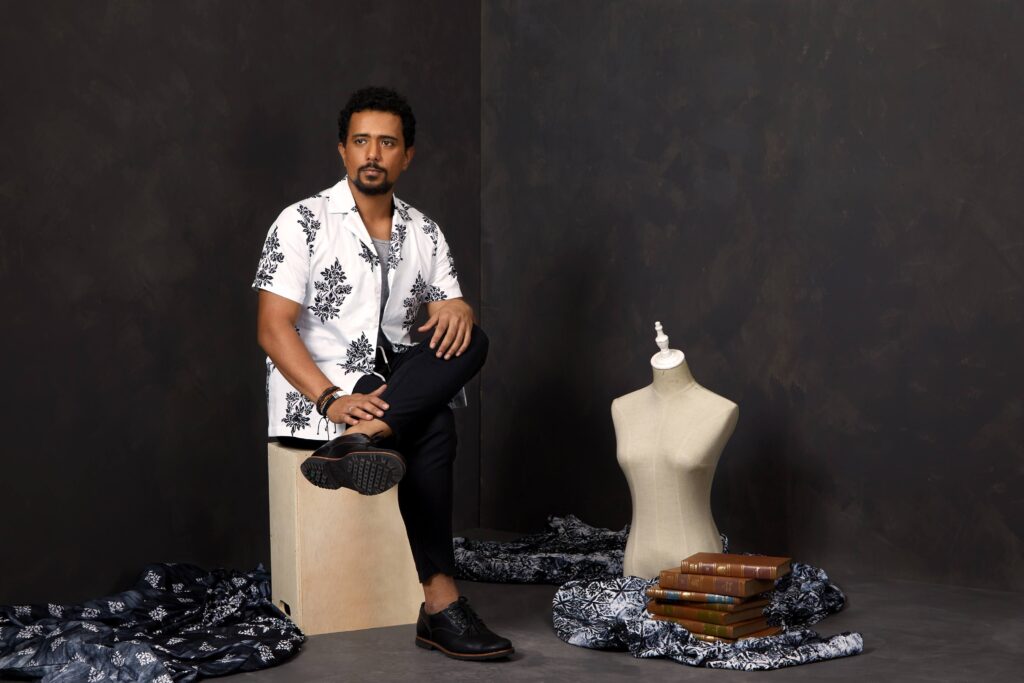 The Collection, the Inspiration

Gahara Men was based on a simple intention to redress the Malaysian men. As described by CEO Natasha MH, “So much about fashion and its consumerism is female-centric while many artisans involved in batik making in Kelantan are also female. We felt a gender balance was needed and to demystify this unfavourable idea about batik being old-fashioned.” The search for the Gahara Man per se was equally discerning. The Ruzzgahara wearer is someone who is confident, professional, and with a life and wealth of experiences under his belt. “For this campaign, we were seeking a male figure no younger than his mid 30s, who has weathered trials and tribulations, a lover of the outdoors and is undeterred to venture forth and seek adventures. We didn’t want someone who was just a face, but also a personality. We chose someone who was relatable to others, a lover of life and a patriot among us. We saw a leadership quality in our model Zeid Alqadri, and the pictures speak for themselves on how he exudes the frame, posture and demeanor we envision for every man out there who can potentially be a Gahara Man with our pieces.”

As the idea galvanised into serious discussions, there was more to the concept than gender balance. Creative Director Nik Faiz deep dived and polished the Gahara Men philosophy, “The MCO hit the local community hard. Seeing the emotional struggles, physical limitations and financial restraints of everyone from rural to urban areas, the frustrations of individuals, government to the frontliners, what kept echoing in my mind was the word ‘Rebirth’. The virus stripped us of a basic way of living and the push for sanitisation gave me the idea of ‘Let’s reborn ourselves’ and like new shoots and regrowth, the color green became instrumental”.

According to Creative Director Nik Faiz, “The color swatch for Gahara Men extends from black to white as the team wanted to present a basic color board suited for men in batik. The visual idea is to put a hint of green on the note of masculinity (like red lipstick on women for femininity). Three variants of green were selected – forest green, teal green and sage green to represent the concept of ‘Rebirth’”.

Continuing the signature block of Ketam Guri synonymous with Ruzzgahara for the last 8 years, for Gahara Men the motif is presented with a more solid and dominant composition centred on the masculine energy. Traditionally presented with smoother curvature inspired by the traditional female dancers’ mudra, for the Gahara Men collection sharp edges and symmetry of the Ketam Guri motif connote strength, resilience and determination. As Nik Faiz contends, “I felt that these keywords were not only speaking about the essence of the Malaysian men, but our company as a whole. These words are powerful reminders to keep us grounded and grateful despite the challenges, while still pursuing creativity and innovation.” How to order and purchase

Our catalogue can be seen in its entirety here. 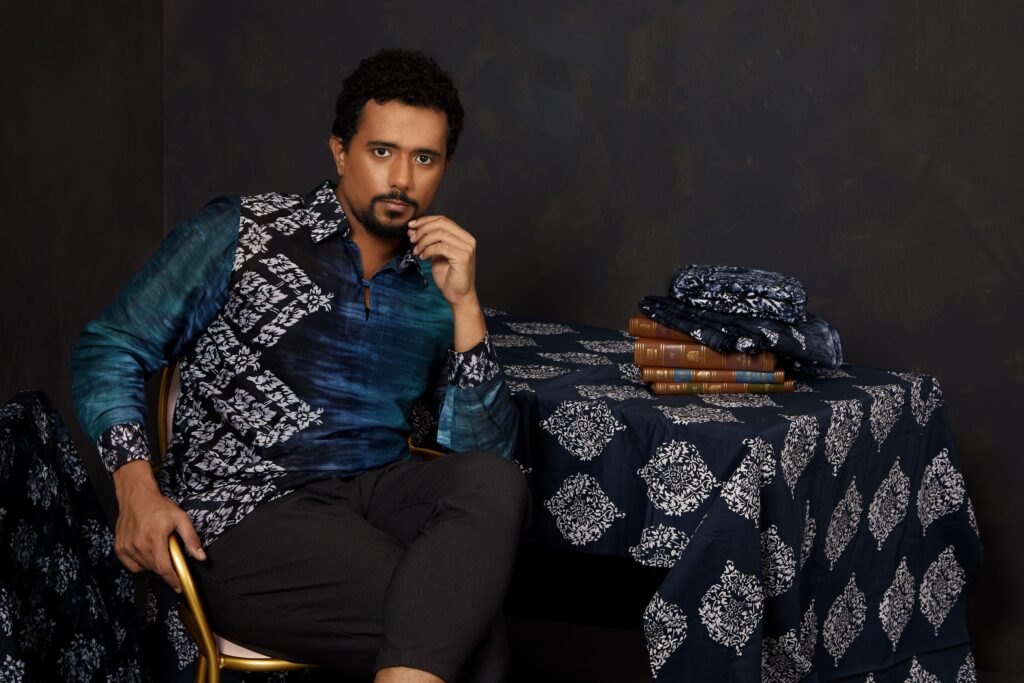 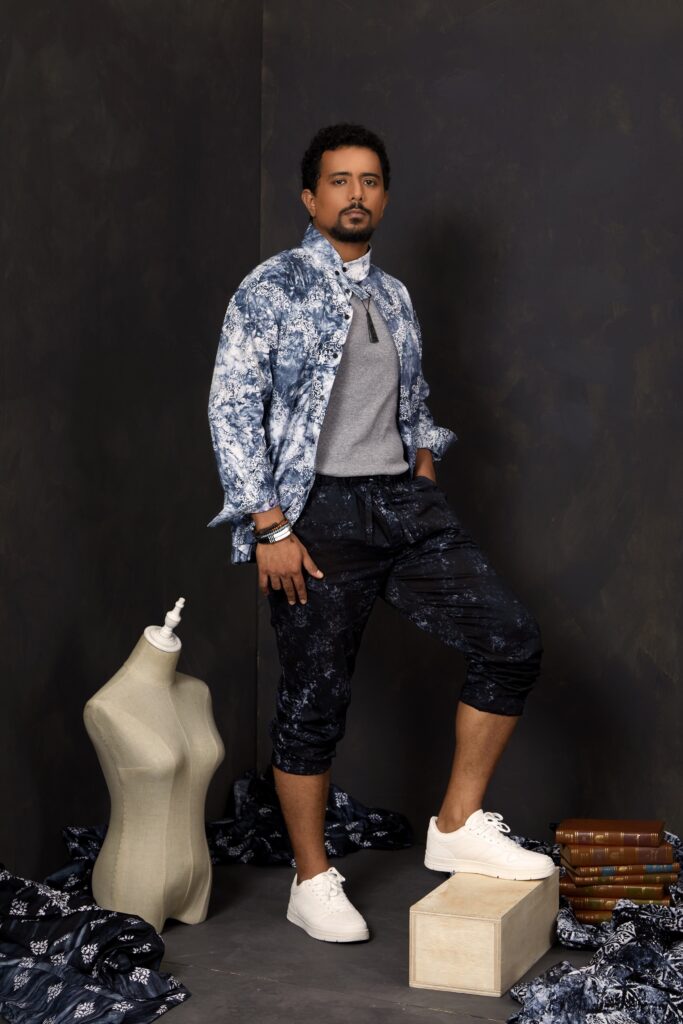 It is important to note that all our artisanal batik pieces are once-of-a-kind. As the process of batik includes color absorption, boiling, rinsing and drying, weather plays a critical role in the final outcome. Hues and tones may vary by up to 30 percent.

Each order will take approximately 5-6 weeks to produce.

Gahara would like to thank the photography team at 4Five Studio; Hair and Makeup by Masayo of Sato Noire Makeup Academy; and our model Zeid Alqadri, a fellow patriot and supporter of Malaysian batik. 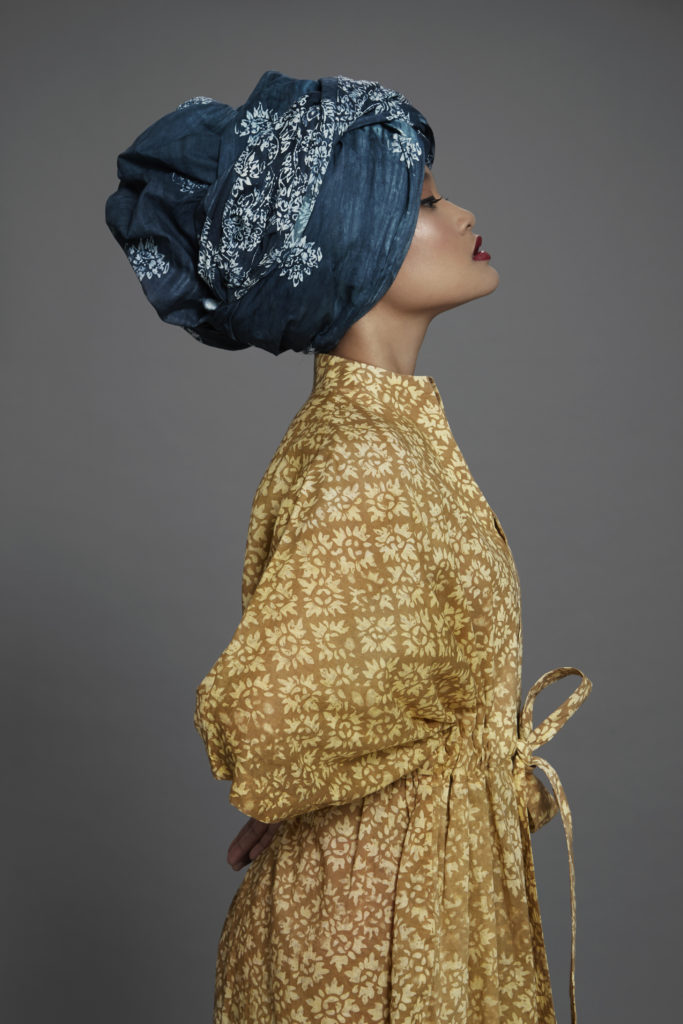 Ruzzgahara is our premium label that focuses on fabric production that are original art pieces using only natural fibres from cotton to silk.

Gahara designs are premium also in terms of offering bespoke services and continued after-sales communication to its customers. This includes how to care for your fabric, how to select the best design for your fabric, to understanding Gahara’s unique batik techniques. Our signature block prints, most famous called Ketam Guri, has become a Gahara thumbprint. Dyes are primarily made from natural roots, techniques are highly complex to produce making each piece, a one-of-a-kind. Loyal clients can tell a Gahara original from all the signature prints and layered colouring techniques. 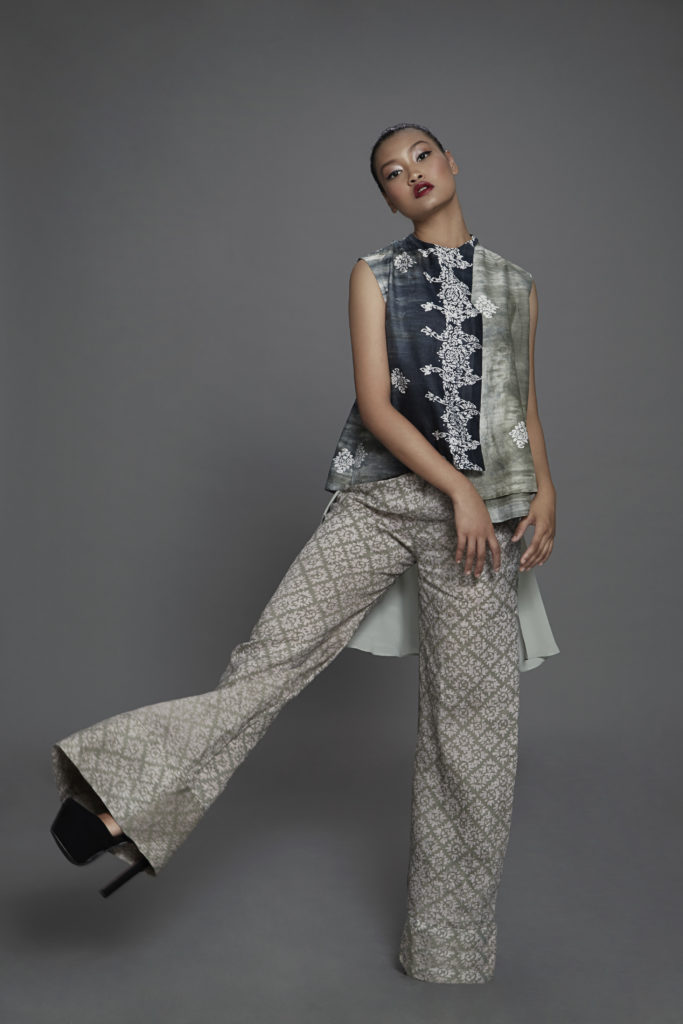 Each Ruzzgahara collection carries a unique narrative. Batik is not just about patterns and colours. The motifs and composition frames a theme inspired by local folklore such as Cik Siti Wan Kembang and Makyong. Every aspect of the local myths and legends become a source of idea for a Gahara block print. For example the dagger used by female warrior Cik Siti and the adornments worn by Makyong dancers. Other themes include flora and fauna from the nearby villages such as the flowers Ketam Guri and Pepuluy combined and used by women during confinement and later becomes well-known as our signature block. 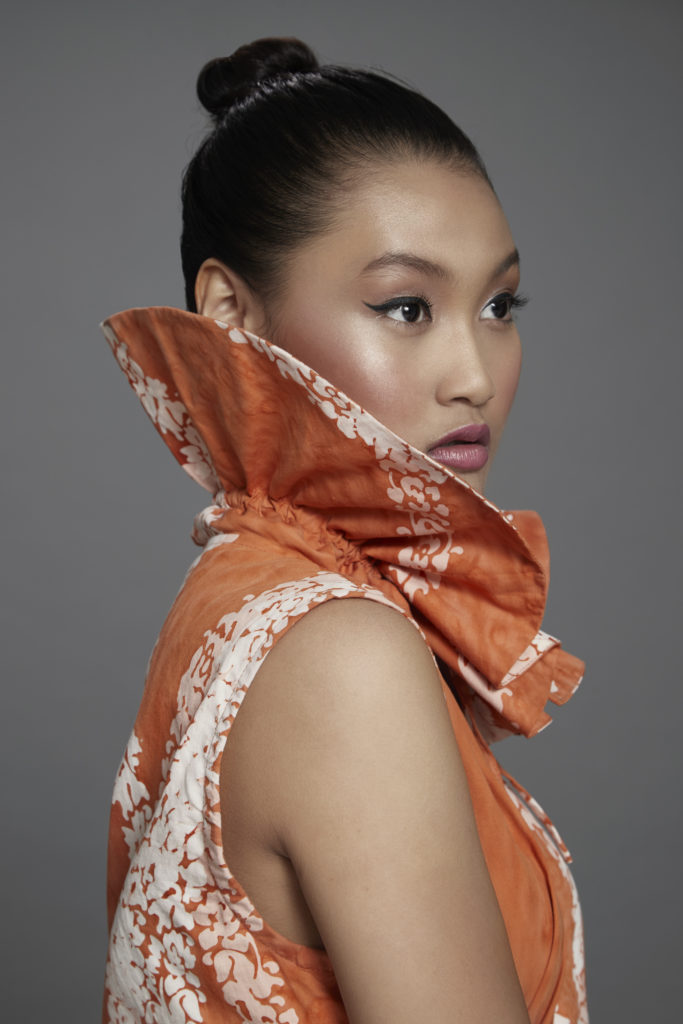