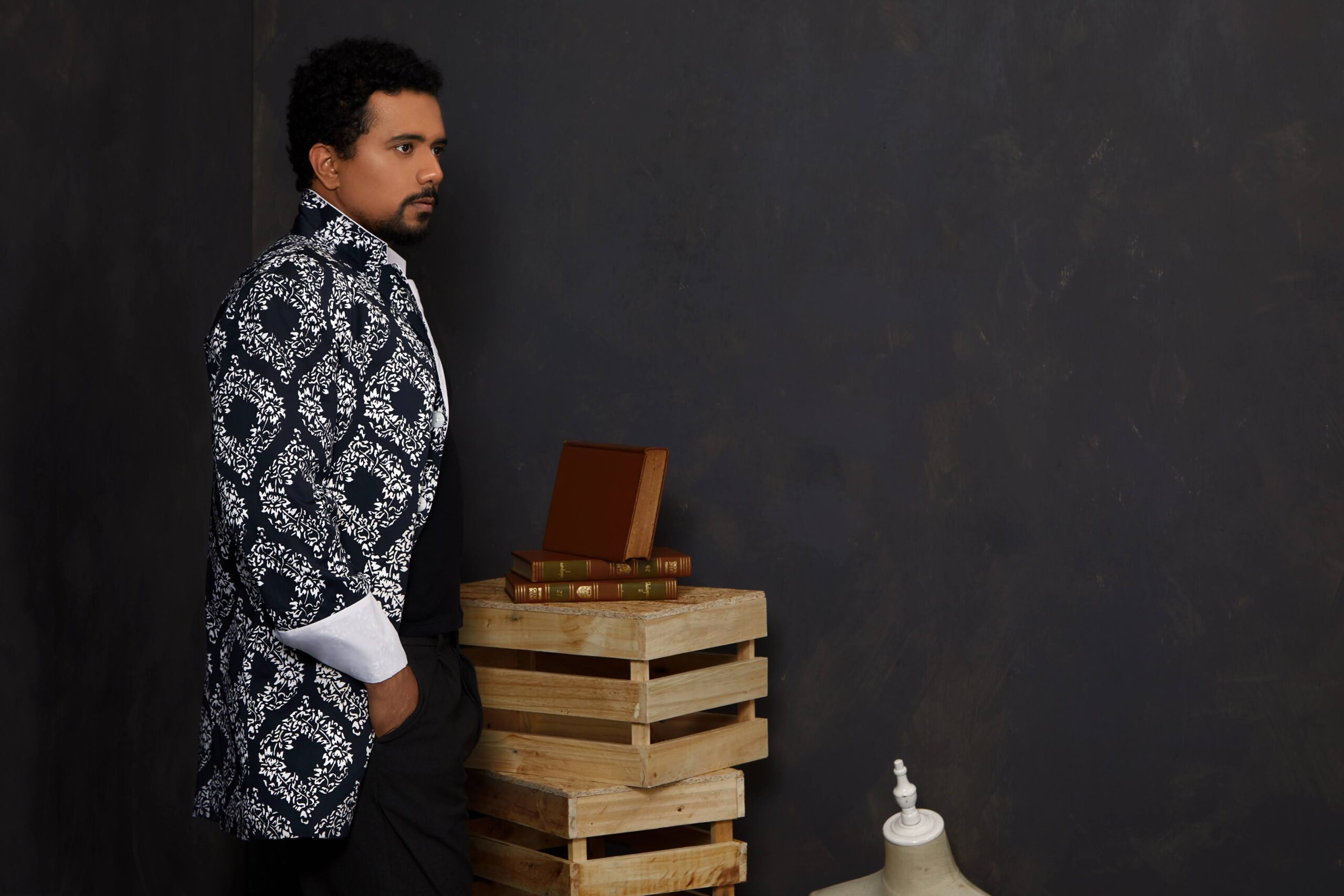 Typically with all of Gahara’s collections that stem from research, The Gahara Men project was originally inspired by photographs and activism of Havana, Cuba.

August/September 2020
It’s been exactly a year since Ruzzgahara came out with its 2021 Spring/Summer collection at the Kuala Lumpur Fashion Week. A lot has happened across the globe due to COVID19. With borders closed for travelling and large gatherings still not permitted, Gahara has had to shuffle its calendar and in replacement for KLFW 2021 (currently rescheduled), for August 2020, launched a brand new collection called Gahara Men.

It may seem on the surface that plans have been thwarted, ruined or canceled for many. For us at Gahara, it was more like the Hydra effect – you cut off one head and several smaller heads emerge. I’m speaking of this positively and metaphorically in terms of ideas and innovation. The attitude we had was, okay so what are other or pending projects can we work on next? And that seems to have helped us to move forward and to stay busy,” explains CEO Natasha MH.

Typically with all of Gahara’s collections that stem from research, The Gahara Men project was originally inspired by photographs and activism of Havana, Cuba. Natasha describes, “The sea, the landscape, the weather and the nationalistic pride were aspects we felt that resonated with the local landscape at the time (mid 2019). We felt a movement of governments, passing through Kuala Lumpur we kept seeing new development happening that conflicted with the mainstream media reporting we had a sluggish economy, and we also saw a growing awareness of batik wearers among the younger generation. The only problem is, they were wearing Javanese batik and mistaking it for Malaysian batik. It all seemed unrelated but connected at the same time and it was an interesting starting point.”

It was only during the Movement Control Order period that serendipity and synthesis clicked. “I was reading the Journal of the Malaysian Branch of the Royal Asiatic Society and came across a review of Syed Husin Ali’s book titled A People’s History of Malaysia in which he commented on the nationalist agenda. Syed Husin reminded us that in 1947 a decade before Merdeka, radical nationalists led by Dr Burhanuddin al-Helmy, Shamsiah Fakeh, Ishak Haji Muhammad (Pak Sako), Ahmad Boestamam and those in the AMCJA (All Malayan Council for Joint Action) had agreed to the Perlembagan Rakyat, or People’s Constitution. This constitution for an independent Malaya was agreed to by leaders of all ethnic communities in the peninsula, years before UMNO joined demands for independence in 1951, after Tunku Abdul Rahman replaced UMNO founding leader Onn Jaffar, with the British-sponsored MCA joining later.” Dubbed as the neo-colonial project, this pursuit for nation building was never going to be easy, leading to Dr Mahathir’s 1991 declaration to forge a bangsa Malaysia as part of his national vision for 2020 known as Wawasan 2020. In a strange turn of events, Tun Mahathir was re-elected as Prime Minister for the second time in 2018, but stepped down before Wawasan 2020 can be actualized. “I called Creative Director Nik Faiz and our artistic photographer Faizal of 4Five Studio, shared them the reading, and said, guys, I think we found the pulse for Gahara Men. Since it’s male-centric it shouldn’t be merely a fashion project. We make it a Merdeka project. A tribute to all these masculine energies that had helped shape the country. These are the Gahara Men.”

Another change of plan was the location of the photo shoot. Originally sketched against the historic landmarks in KL such as the KTM station, Merdeka Square and Sultan Abdul Samad building, it was decided to be an indoor shoot to prioritise the fabric and avoid an overkill. Says Nik Faiz, “We didn’t want the prominence of the Ruzzgahara pieces to compete with the dominant backdrop. Eventually something had to give. And for us, our fabric will always be the focal point in all our shoots.”

The Gahara Men collection is made affordable yet remains exclusive. The idea is to enable Malaysian men to afford and dress in premium batik rather than to shy away from it thinking it is out of their league. “Too often we hear people commenting that batik fashion is stifling, old-fashioned and targeting government servants. Wearing batik requires pride and confidence. It is designed for the people first in mind, then foreigners such as tourists. And to be frank, the darker the skin tone, the more beautiful the colours emerge. When people criticise Malaysian batik to be outlandish in terms of colours and patterns, that is in comparison to perhaps Javanese and Japanese batik prints that carry a different articulation. From a global perspective, South African batiks are closer to our vibrancy. This is where a little education in batik can go a long way for the consumer. The more you understand batik, the clearer it gets on why it’s worth the price you pay.”

“I think we found the pulse for Gahara Men. Since it’s male-centric it shouldn’t be merely a fashion project. We make it a Merdeka project. A tribute to all these masculine energies that had helped shape the country. These are the Gahara Men.” 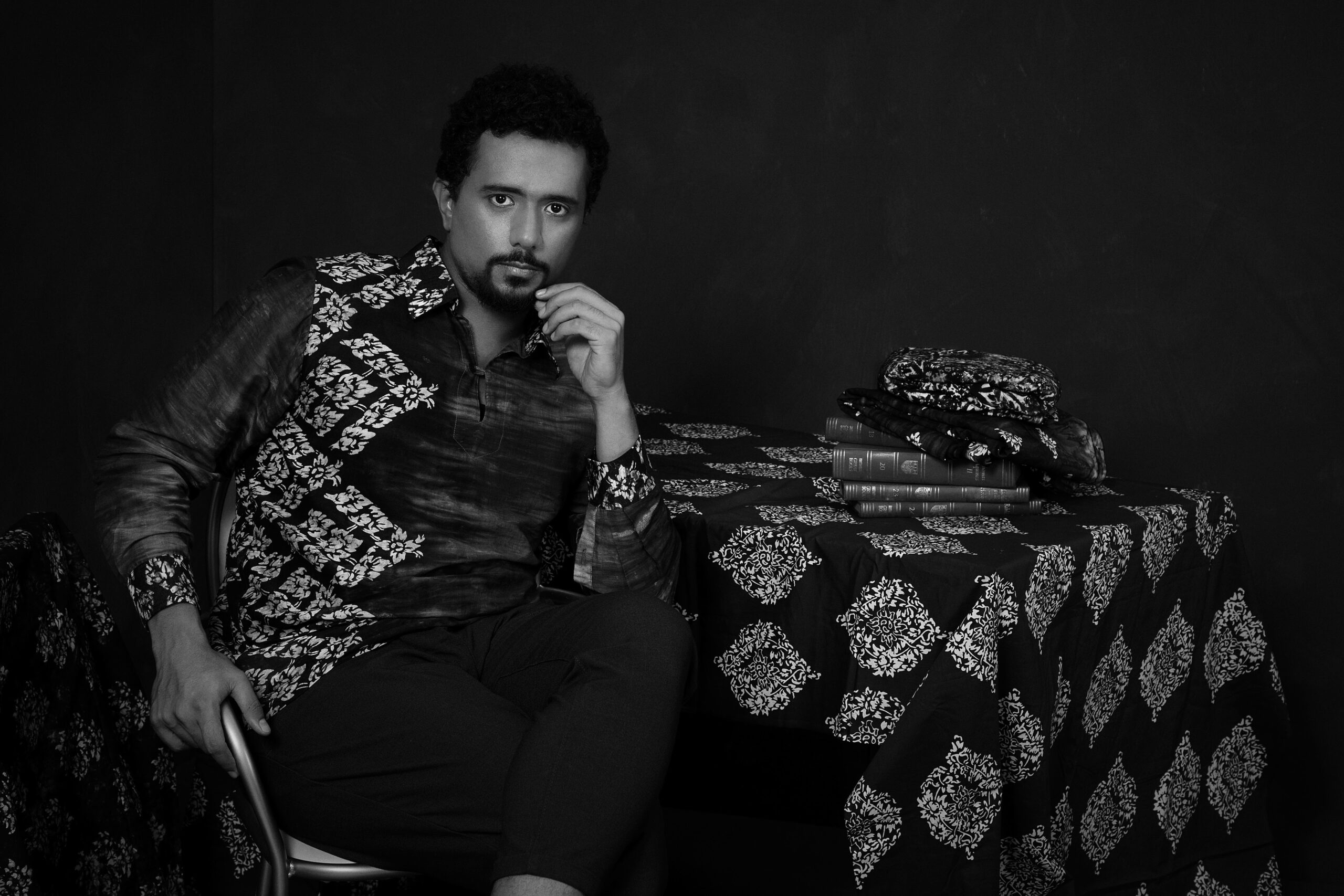 The Gahara Men Collection is available for order.